The National Youth Orchestra of Ireland will play concert dates in Kerry, Waterford and Dublin in August to celebrate

After 42 years of dedication, commitment and fun, Conductor, Gearóid Grant, embarks on his final ever concert tour with The National Youth Orchestra of Ireland.

Gearóid began conducting the orchestra in 1980 and generations of young musicians have learned from him and hold fond memories of courses, tours and concerts together. This Farewell tour will be a celebration of his career and achievements.

Gearóid devised, presented and conducted the acclaimed Irish Times series ‘Music in the Classroom’ which introduced music to 30,000 Irish children annually. He has been musical director and conductor of the Rathmines & Rathgar Musical Society since 1978 and has worked with all the RTÉ orchestras, the Ulster Orchestra and the Irish Chamber Orchestra. He is, arguably, one of the outstanding personalities in his generation in the Irish music world and has made a unique contribution to many areas of Ireland’s cultural life, but nowhere more importantly than through his work training and inspiring new generations of young musicians in NYOI.

After a break of 2.5 years, the 115-strong National Youth Orchestra is back and bigger than ever, performing a full symphonic programme including works by Tchaikovsky, Sibelius and Anderson. NYOI soloists Claire O’Connor (Violin), Carl Roewer (Bassoon) and Leo Brychta (Trumpet) present concerto movements by Lalo, Mozart and Haydn.

“After 42 years, I’m ready to get off the box, hang up my baton, and give someone else the opportunity to work with this talented bunch of young musicians. I’m thankful to everyone who makes it happen, especially the NYOI Board, the parents and our funders.

I’ve been extremely lucky and honoured to have been able to stand up in front of the most remarkable young people, who go on to have successful careers, not just in music, but in whichever path they choose. Their time with NYOI nurtures friendships and professional relationships that last a lifetime. I will forever hold fond memories of my time conducting NYOI.” 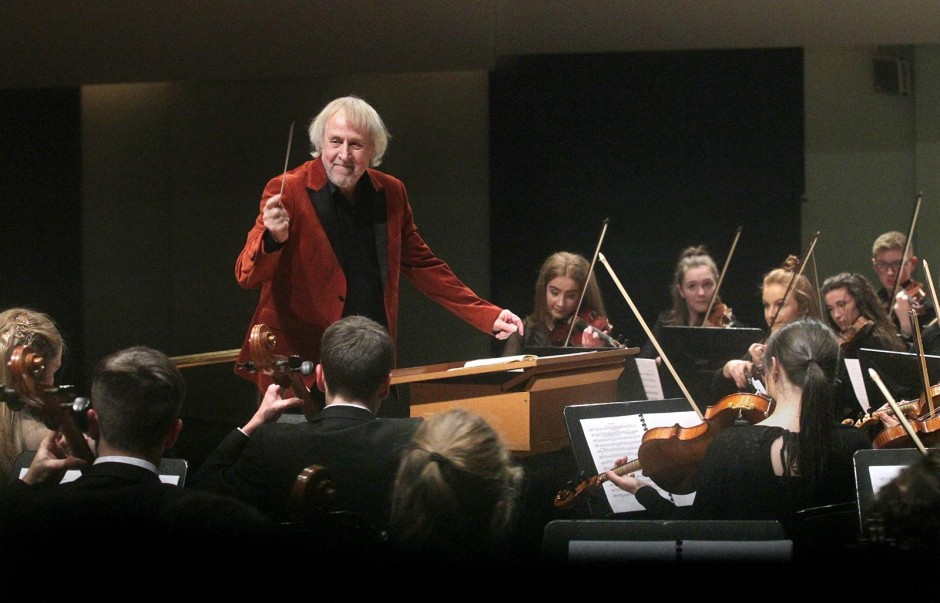